skip to main | skip to sidebar

A Blessing from God. 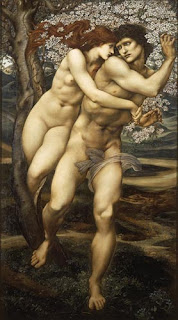 "Did she really ask for your forgiveness?" asked Simon. "But it is not her nature to ask and yours to forgive," he added.

To me these words conveyed no surprise at all, as if I have been dwelling upon them for too long by myself. I am a very sensitive person who has a very high self-esteem and can't accept to be crossed. For years and years I have been dealing with people offending me, starting with the building where I live in and ending at work. Sometimes you meet people who behave insolently towards you and you do your best to either ignore them or to forgive them. According to my old philosophy in life, I used to ignore rather than forgive. But one day when things turned upside down, I experienced how to forgive.

It all started two years ago when my parents died and I had to move to London to work as a Journalist. Simon, an old friend of mine, who has been living in London for nearly five years, guided me to a small inn, where I can afford to rent a room, since I was already running short of money. The inn-keeper was an old woman in her late seventies. "Beware Amish, she answers her guests with great severity. It is her nature," said Simon on our way to the inn. However Simon introduced me to her and asked her to give me a fine room to rent for a fortnight. She looked at me from the corner of her eye in a way that made me feel humiliated, before she said with great severity, "Nonsense, I don’t give rooms to Indians and for fortnights."

When I heard her answer, I felt a little shudder going through me, and I couldn’t help but asking her, "Are you talking of this out of despair?" Instead of hearing any answer, she stood up and looked at me straight into the eye. Both of us kept looking at each other in silence for few seconds, before Simon intruded and said, "Clam down both of you. Mrs. Martha I assure you that this guest won't cause any troubles around. He is a very honest and respectable gentleman."

As I noticed that she barely feels remorse for anything, she sat down calmly and said at length, "Mr. Simon, I know you pretty well and I have been dealing with your English friends for too long, but this Indian one, in particular, shall offer me an apology, besides he will be paying like any other guest."

Although her expected cold answer seized me by the throat, I did my best to ignore her and control my temper, which was about to burst out and swallow her up. Simon objected to what she was asking for and answered her in a firm tone, "You must be out of your mind. Don't oblige me to do something you will regret." As I expected that this old woman will stop at nothing, she rose up to her feet again, but this time, she touched him timidly at the elbow and said eagerly, "Try to."

It was my turn this time to intervene to prevent both of them from fighting. It is true that I was running short of money. Yet if I paid like the rest of the guests, I would be less paying than in any other inn. I patted Simon's shoulders and said, "It is fine, Simon. I agree to pay like any other guest." Then I turned to look at the inn-keeper's face and said, "I apologize Mrs. Martha, but I will never forgive your terrible underestimation of me. Never will I."

The next day Simon came to pick me up in the morning, as he promised the day before, to recommend me to one of his friends, who work in a very big newspaper. We spent half of the day discussing things, concerning my birth, nationality and above all how far I am qualified to work as a Journalist. Simon's friend really liked me, but he warned me that people at work won't accept me working with them, since most of them are severe racists and especially to Indians. As I have never given a thought to such matters before, I was shocked, yet to a certain extent. I remembered the inn-keeper's attitude towards me the day before and how she sounded like a severe racist to me. Since I didn't forgive her, how would I ever accept to work with a bunch of racists? However I thanked Simon's friend after declining his recommendation and left alone.

On my way back to the inn, I thought of leaving the next day. I couldn't bear the idea of me at work and everyone around me is sitting across from me. Indeed, I was so lost in my thoughts that I wasn't even aware of it anymore. When I reached the inn, I thought I had imagined the inn-keeper crying severely and coughing into a white handkerchief. My fatigue after a long walk full of thinking was making it hard for me to see or to think straight, so I directly went up to my room to sleep. I spent an entire week locked up in my room, feeling desperate. Moreover, Simon didn't show up since I last saw him with his friend. I felt so lonely and so angry with everyone around me, and things were getting even worse, as I was running more short of money. As a result, I had to stay in London for, at least, eight more days to make money.

It wasn't until two days later when I finally came out of my shell. I went downstairs aimless of where to go. No guests seemed to be around as I was the only one downstairs. I noticed that the inn-keeper wasn't there. I asked her maid about her and she told me that she was terribly sick and whished to see me couple of days ago when I refused to answer anyone who knocked on my door, even Simon, who came to apologize. However, the maid walked me to the inn-keeper's room, where she was laying on her back, looking very ill. I stood at the foot of her bed with my eyes fixed on the floor, waiting to hear from her what she needed me for.

"Mr. Amish, please sit down," she said at last. I sat down at the edge of her bed and asked impatiently, "What do you want me for?"

"I just want to have your opinion on a matter, Mr. Amish"

Looking back on what had happened when we first saw each other, and how stubborn and offensive she was, I was totally surprised by her words.

"I am old and weak. My death is bound to happen sooner or later. My young sister died a week ago and left me all alone in this world. She was my only companion on earth for very long years. But now she is gone." She stopped for a minute, perhaps to take breath and went on, "I have lived long enough to provoke people and make them suffer. I never apologized to anyone or for anything. That's why I am left all alone in this world with no one to care for me or even to respect me."

In face, it took me few more seconds to adjust to what she was saying. Despite her illness, she was studying my features through half closed eyes, as if she was expecting me to be fully taken in by surprise. However, she went on, "Mr. Amish, I outlived all the people I caused troubles, except you. All what I am asking for is your forgiveness before I die. I admit that you are an honest gentleman. Please, forgive my offensive attitude and my discrimination of you. Remember that I am offering you a blessing from God."

The sound of her last words was echoing in my head when I left her room after I had offered her my forgiveness. She really did hurt my pride and my feelings. Yet, perhaps if it hadn't been for her plea, I would have never forgiven her. On my way to the main street, I ran into Simon, who kept apologizing tome too. He explained to me how he was trying to contact me in order to inform me that they accepted me at work, despite everything.

"Thanks to the efforts of your friend, then" I said.

"No, my friend didn't recommend you to anyone."

"What do you mean?" I asked quickly.

"They accepted you for your qualifications as a journalist. That's it."

Indeed, this was much more than I ever expected. Subconsciously, I clasped my hands and raised them towards the sky, to thank God. After I had lost faith in YOU, and expected for myself an eternity of endless agony without one ray of hope, now everything is turning upside down and changing for the best, I said deep within myself. Later, I kept asking myself for so long, whether this sudden change did occur only because I forgave the inn-keeper, and hence, I was blessed by God? Or it is just luck?
However, now all what I am certain of is that I really forgave her… I forgave her from the bottom of my heart.

Maya Elmoraly & Rasha Adel
Alexandria, Egypt
Hello Everybody , This is Maya and Rasha. It's a privilege to share our works of art with you. Here in Ecsatsy-reflections we present to you a variety of potery, reflections, and prose. Whereas in Ecstasy-reflections2(under construction)we will publish our longer works such as novels , and short stories. Waiting for your comments.